It’s rare, but once in a while I get the opportunity to play a special type of indie game. Over the years I can name just a handful of exceptional, yet underappreciated, titles that were serious contenders for game of the year. The likes of CrossCode, Recettear, and Owlboy come to mind. When I first saw Alba: A Wildlife Adventure, it immediately stood out. But I never imagined that it would become the latest entry on my all-time favorite indie games list.

Alba: A Wildlife Adventure is an open-world adventure game focused on wildlife conservation. The small island of Pinar del Mar is a paradise full of unique and diverse animals. But as of late, it has been struggling to bring in the same level of tourism it once did. Concerned about the financial stability of the island, the mayor plans to introduce a large hotel to revitalize tourism.

Unfortunately, there isn’t all too much free space to build such a substantial structure, and so something’s got to give. The mayor has given the green light for the long-running wildlife conservation site to be destroyed and replaced by the hotel. It’s up to our protagonist Alba and her friend Inés to gather enough petition signatures to convince the mayor to not abandon Pinar del Mar’s natural roots.

Alba: A Wildlife Adventure‘s gameplay is split up into three different parts. The main two things you’ll be doing is following the main story and exploring the island. Outside of that, there are some secondary objectives for completionists. These can be completed both before and after finishing the main storyline.

The story is short, taking around two to three hours for a casual playthrough. To complete all of the activities and 100% Alba will likely take you around an hour or two on top of that. At a retail price of $16.99 USD, that does make Alba: A Wildlife Adventure rather expensive for its length. However, I don’t think that the price is unjustified due to how enjoyable my playthrough was. 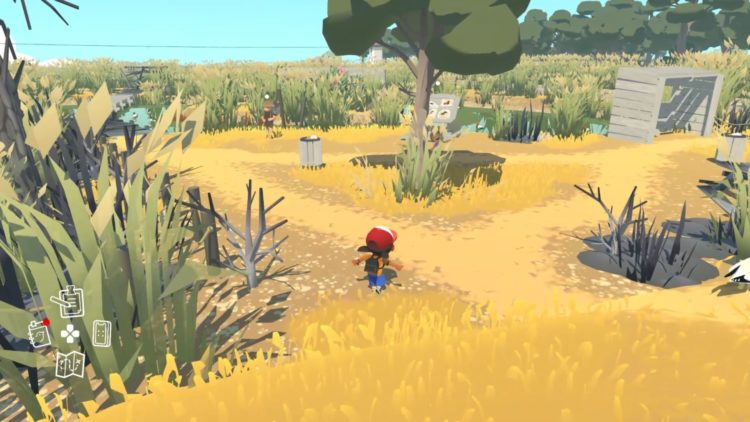 Simply put, this is the comfiest game I’ve played in years. Roaming around to your heart’s content, sightseeing beautiful animals and the many stunning sights, make for the perfect day out. Honestly, without that passion for animals and wildlife, this game probably won’t do much for you. But that’s obvious enough given the title.

You effectively play the role of a wildlife conservationist and enthusiast all in one. You’re tasked with repairing the island, taking pictures of any species you come across, and saving animals. The latter is achieved by doing good deeds like freeing birds stuck in netting and cleaning up a pesticide outbreak. 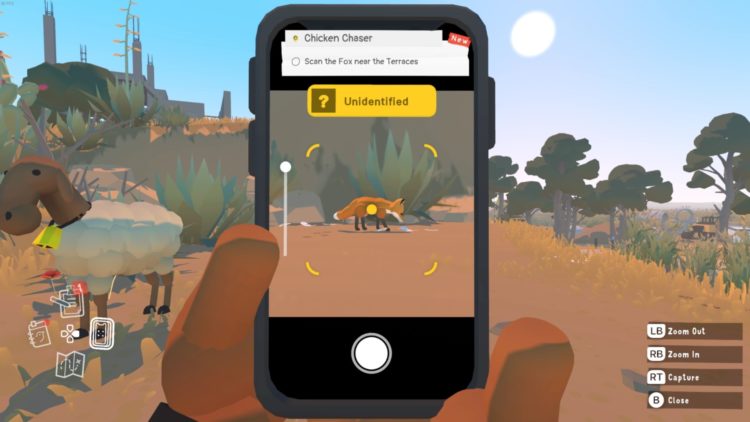 The pictures you take of animals serve two purposes. They fill up your catalog which is needed to 100% Alba: A Wildlife Adventure. These images are also used to update various habitat panels. Filling out a habitat panel is one of the many ways you can secure a signature for your petition. You can see the broken panel beforehand to figure out what wildlife you need to find. It’s basically the only fetch quest in the history of games that I’ve actually cared about.

It can sometimes be a little annoying to take a picture since the animal has to be close up and centered for it to count. But for the most part, this is a fun mechanic that encourages you to explore every corner of Pinar del Mar. Some of the rarer animals even require certain tasks to be completed before they appear. These tasks are wholesome and all about making the world a better place.

Taking in the sights

I love developer ustwo studios’ decision to stray away from hyper-realistic visuals. With a game so focused on nature, it would have had to look sensational to pull that off. Even the slightest misuse of anti-aliasing or a blurry texture or two would completely ruin the mood. Instead, Alba: A Wildlife Adventure adopts a soft pastel art style typical of many modern indie games. 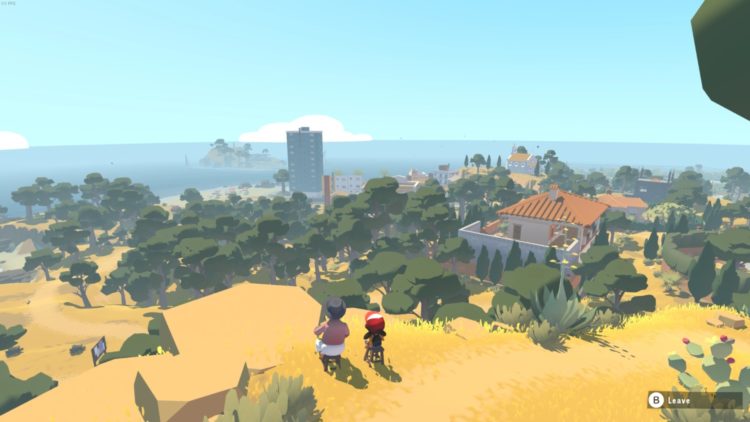 From a visual standpoint, this works incredibly well. The animals are simple in design yet also easily distinguishable from one another. Also, environmental details are gorgeous with some of the sightseeing spots being genuinely breathtaking. There were times where I found myself just stopping to admire my surroundings.

It’s a shame that the same can’t be said about the performance. Although by no stretch of the imagination unplayable, Alba: A Wildlife Adventure did suffer from frame drops during my time playing. These drops varied depending on where I was and what I was looking at, but they were more consistent than I’d like. 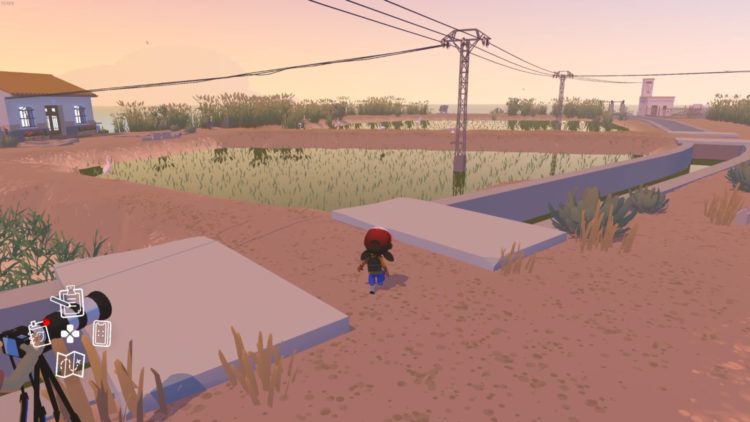 Running at 1440p, max settings on my Nvidia RTX 2060, Alba would idle at well above 100 fps — in areas featuring dense wildlife, this dipped as low as 30. I even managed to find one spot near the castle that caused frame drops into the mid-teens. I think this was more of a bug though, as there wasn’t much to render on screen at that moment. Regardless, it does suggest that for all its creative brilliance, Alba: A Wildlife Adventure is not overly optimized.

As critics go, I’m not usually the most forgiving. And when it comes to performance issues, you’ll find few more irritated by them than I. And yet here I am giving Alba: A Wildlife Adventure the benefit of the doubt for this review. Why is that? Because this game has done something very few others can claim: it had me smiling from beginning to end. I was never annoyed, and even the few bugs present were harmless enough that I could find them funny.

Alba: A Wildlife Adventure is a feel-good adventure game that is perfect for burning off stress. You load it up and get to take pictures of cute animals while saving a tropical Spanish island from losing its identity. It’s a win-win situation that will have you grinning in no time. So when all is said and done, I can wholeheartedly recommend this to anyone who loves animals. And I’m not sure if there’s any bigger praise that I can give than that to a game all about wildlife conservation.

Though the 2021 season is over for South Carolina and Clemson baseball, each school will be represented on USA Baseball’s

Mediflash is a freelancer marketplace for health professionals – TechCrunch

Luca is a Pixar fable about sea monsters, friendship, and pasta