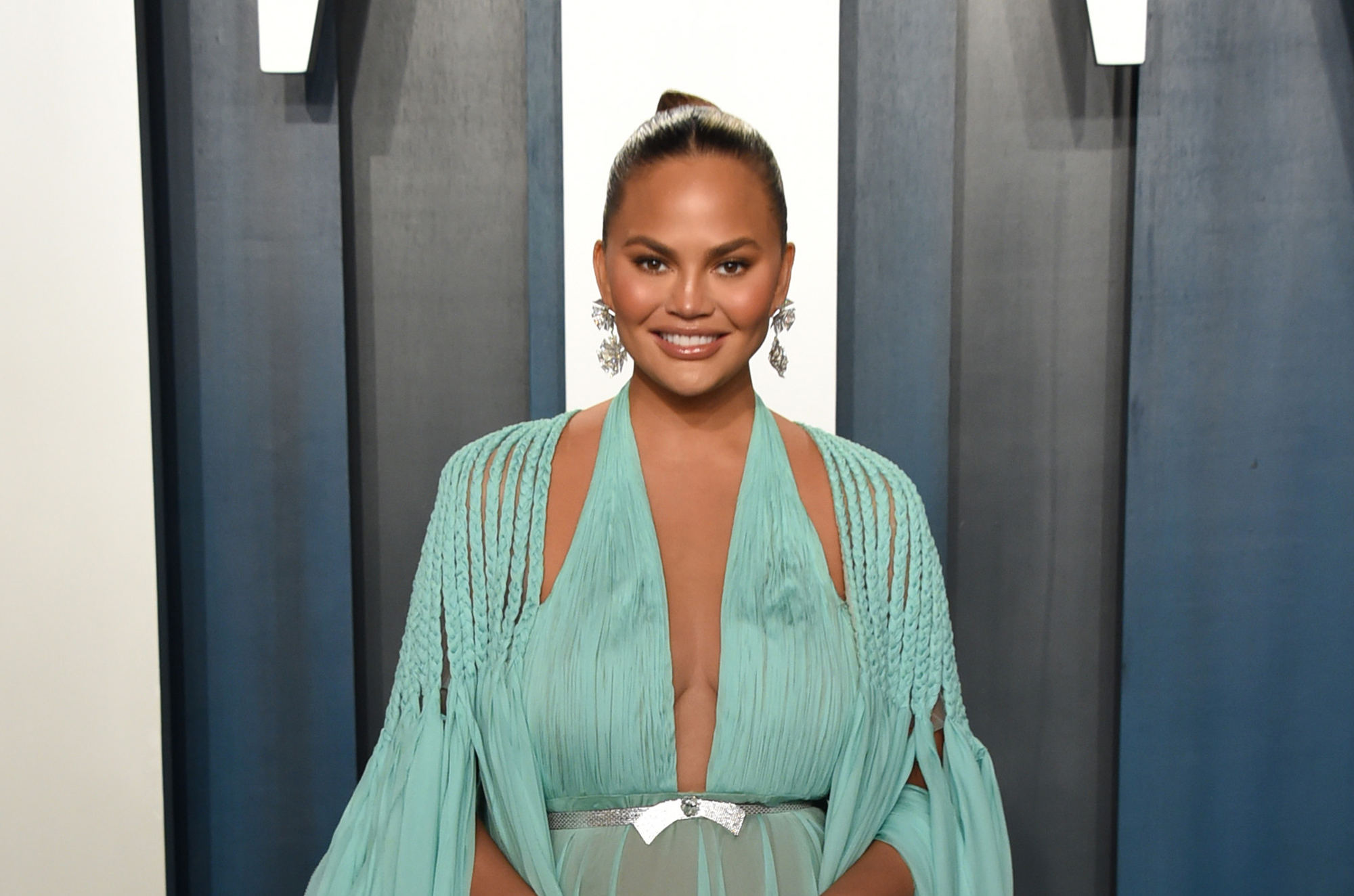 There’s no doubt Chrissy Teigen is great at clapping back at the trolls and haters, this time being no exception! After someone on social media suggested that she looked ‘unrecognizable’ in a new video post, Chrissy was quick to fire back!

It all began with the model sharing a clip in which she showed off her beauty routine but someone fixated on something else – her supposed weight loss!

The caption of the clip reads: ‘For you all kind folks asking to drop the skincare regimen, I’ll admit I’m def proud of my skin lately and feeling myself!’

One user commented on the star’s transformation in the worst way possible, arguing that she must have cancer to having lost so many pounds so fast!

So the question was – did she drop too much weight or does she have cancer?

Chrissy responded with a question of her own:  ‘What would you prefer?’

‘Ok…this is not her or some app that just changed her face. I had to look back and forth like four times…either she dropped 50 pounds overnight or has cancer…this is not right,’ the person’s original comment reads.

For you kind folks asking me to drop the skincare regimen, I will admit I am def proud of my skin lately and feeling myself! I kind of use whatever is closest but it consists of @shanidarden forcing me to use @isclinical cleanser and face lotion, @controlcorrective SPF 30, @lamer’s creme de la mer and concentrate ($$, I know I know but I gotta be honest) and a steady stream of @bioreus chin and nose strips. Mix that with anything anyone at @drjasondiamond’s office tells me to do facial wise and @simonourianmd1’s firm and fade cream when I’m feeling icks, and there you have it. A very simple (no) routine! But really. The IS clinical cleanser and the lotion is the only thing I use consistently and they’ve always been so good to me. Can find online – everything else just a bonus. Xx (edit: forgot one of my most important products, @drdennisgross alpha beta peel pads. So important for on and around my nose and chin. You’ll notice a HUGE difference!!)

However, after reading Chrissy’s reply to their confusion, the social media user proceeded to apologize for the ‘lack of tactfulness.’

Still, they insisted that she looked ‘unrecognizable.’

At this point, Chrissy had had enough so she clapped back big time: ‘Why do you think that I owe you anything, especially after what you have said? You know you do not actually know me in real life, right? Thank god.’

Other fans also joined the discussion, writing comments such as: ‘are you secretly Canadian? That was the politest ‘F… you’ I have seen in a while.’ / ‘I think that In a bizarre way she’s trying to say that you look beautiful maybe?!….it is the cheekbone and jawline envy coming through in the message to me.’ / ‘I mean it’s a Snapchat filter that makes your face slimmer.. but…’ / ‘Even saying the word CANCER in a lighthearted way is beyond vulgar!’

Hailey Baldwin Admits That Getting Compared To Justin Bieber’s Exes Makes Her Feel Like ‘Less Of A Woman!’

Demi Lovato Catches Up With ‘Sonny With A Chance’ Co-Stars – Jokes She’s Been To Rehab ‘Several Times’ Since The Show Ended!