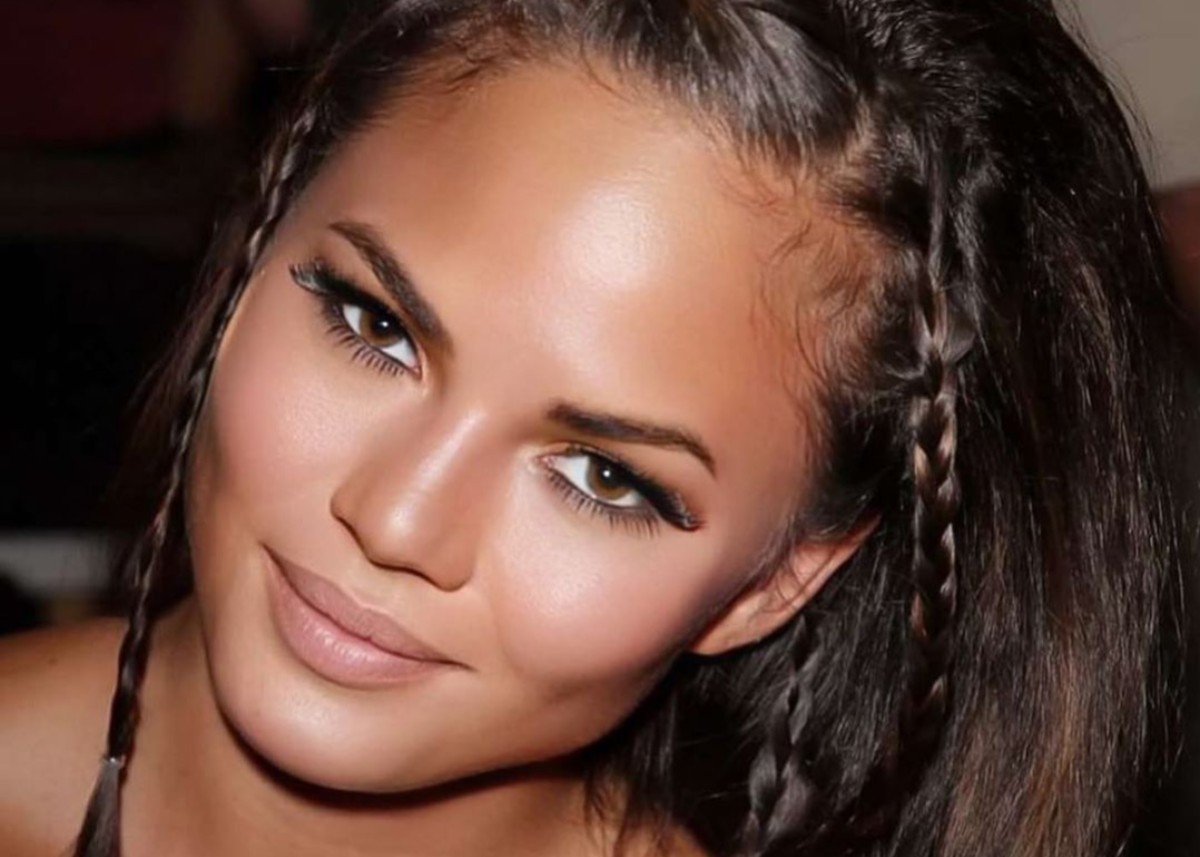 Chrissy Teigen is going viral for a new cooking video that she shared with her 30.5 million Instagram followers. The mother of two recently had her breast implants removed, and is showing off her new cleavage in the video that has more than eight million views. Chrissy was making biscuits and wore the Montce Swim bikini while cooking. She had what appeared to be a yellow beach cover-up tied around her waist so it is unclear if Chrissy was swimming than decided to make what she referred to as her “titty biscuits” or if she always cooks in bikinis. It also appears that Chrissy, John, and their mini-me kids are yachting right now.

Choosing another unorthodox approach to baking, Chrissy chose to use an empty wine bottle instead of a rolling pin. Though it is difficult to see the wine’s label in the video, it didn’t appear to be a bottle of John’s wine LVE that she used. Chrissy rolled out the dough with the bottle and exclaimed, “It works!” as the dough spread out to a more pliable form.

You may see the video that Chrissy Teigen shared on Instagram in the player below.

Chrissy shared another photo of herself wearing the very feminine Montce Swim bikini. The full name for the bathing suit top is the Cabana Trim Top. It features little sleeves that are delicately trimmed with lace and it is recommended that the bathing suit is hand-washed. The top retails for approximately $155 and the color that Chrissy is wearing in the photo below is vintage floral. The bikini is also available in the Oxana print that is the same design only in periwinkle blue.

The bikini bottoms are sold separately and are called the High Rise bikini bottom. It retails for approximately $85. Chrissy took a mirror selfie of herself wearing the bathing suit.

What do you think about Chrissy Teigen’s viral cooking video? Do you like the feminine look of the Montce Swim bikini?

Charisse Van Horn is a freelance writer from Tampa Bay. She enjoys writing about celebrities, entertainment, and fashion. Any reproduction of this article outside of Celebrity Insider will be met with legal action by the writer.

Jennifer Lopez Heats Up Instagram In A Bathing Suit Selfie